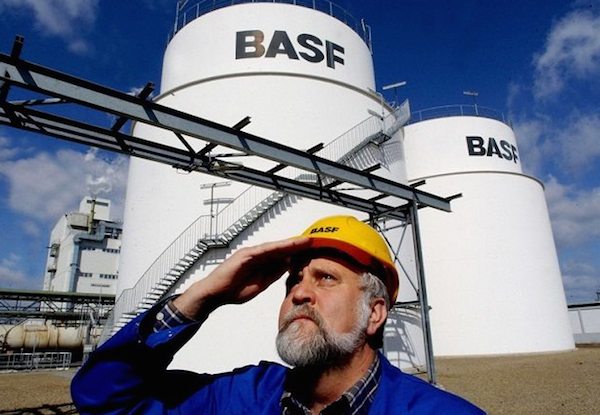 BASF creates chemistry for a sustainable future by combining economic success with environmental protection and social responsibility. The more than 115,000 employees in the BASF Group work on contributing to the success of its customers in nearly all sectors and almost every country in the world. Its portfolio is organized into five segments: Chemicals, Performance Products, Functional Materials & Solutions, Agricultural Solutions and Oil & Gas. BASF generated sales of €64.5 billion in 2017 and has now appointed Kenyan Juliana Rotich to head BASF East Africa as Corporate Watch Magazine’s Fancis Zyder writes.

Ms. Rotich holds a BSc Degree in Computer Science from the University of Missouri, Kansas. She is an MIT Media Lab Fellow, TED Senior Fellow and a World Economic Forum Young Global Leader.

Until her appointment, Ms. Rotich has been a member of BASF’s Global Sustainability Advisory Council until April 2018. Her knowledge and experience have brought important external perspectives in discussions with BASF’s Board of Executive Directors. She is a noted technology leader, consultant and entrepreneur.

‘I am excited to join BASF and the opportunity it has offered me to grow the company footprint in East Africa’ said Ms Rotich.

Ms. Rotich co-founded BRCK Inc. and headed up the not for profit affiliate where she led partnerships; a position she held until February 2017. She was also a consultant for Novato Africa, driving partnerships that led to the first AeroMobility startup competition in East Africa.  Ms. Rotich also Co-founded Ushahidi Inc., a technology company which focuses on building free and open source software used to change the flow of information worldwide.

Over the course of her career, she has received international recognition for her prowess in her work and was named by Fortune Magazine as 2014 50 Global Leaders; and as the Social Entrepreneur of the Year 2011 by The World Economic Forum.

Vice President for BASF in Africa, Michael Gotsche, welcomed Juliana to BASF saying that “the appointment of Juliana as the head of the BASF business in East Africa is evidence of the quality of local talent to help spur business growth in Africa’.

“Ms. Rotich’s role as Country Cluster Head for BASF East Africa Ltd will entail leading the operations in the region focusing on a strategic plan to meet and exceed customer expectations with BASF’s innovative products and solutions” he added.

He further mentioned that BASF has continued to reorganize its market in Africa with a strong focus on customers’ needs since it started its operations on the continent.

BASF East Africa Ltd, the regional sales hub for the East African market, was established in Kenya in mid-2011 and is responsible for 13 countries. In 2014 a production facility to serve the construction chemicals market was inaugurated in Nairobi. Continuous innovation and tailor-made solutions ensure its customers achieve greater success. In Ethiopia, BASF has a representative office taking care of various industry segments but with a strong focus on our agriculture business. BASF Tanzania Ltd was established at the end of 2015 and has an office in Dar es Salaam.