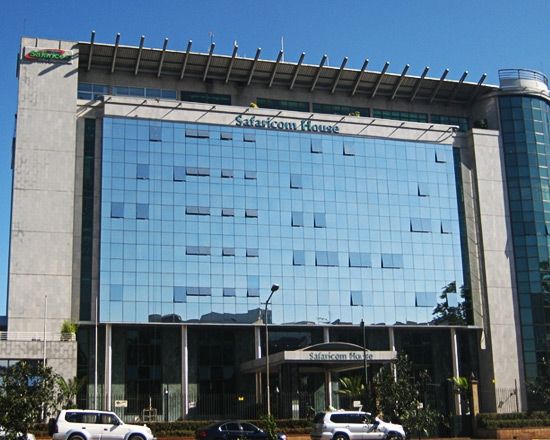 With the recent call for boycott of Safaricom products and services, industry regulator; Communications Authority of Kenya is warning the opposition against these calls as this may cripple the operations of the telecommunication services provider, further affecting economic growth as Safaricom is listed as one of the largest taxpayers and drivers of the Kenyan economy. Catherine Muema reports.

-Communications sector regulator in Kenya has warned against boycott calls of products and services of some of the licensees in the ICT sector, saying this may hurt the economy, lead to job losses and dampen the investment climate.

-The warning by CA follows unwarranted political attacks on some licensees on account of their alleged manipulation of the results of the August 8th General Elections and the October 26threpeat Presidential election.

-The sector remains a key source of government revenue, and has won international acclaim for innovation particularly in the area of mobile money. Mobile money, which is to date the country’s leading payment platform, has played a significant role in deepening financial inclusion and promoting the ease of doing business in Kenya.

The Communications Authority of Kenya has condemned the National Super Alliance (NASA) call for its supporters to boycott telecommunications provider Safaricom products and services.

‘The attention of the Authority has been drawn to calls for boycott of products and services of some of our licensees on account of their alleged manipulation of the results of the August 8th General Elections. The Authority wishes to state that the local ICT industry has made tremendous strides since liberalization in 1999, and is now one of the most strategic sectors of Kenya’s economy,’ said CA Director General Francis Wangusi.

The regulator further said that according to the 2017 edition of the Economic Survey, the contribution of the local ICT sector to the growth of GDP was recorded at 6.1%. The sector has created more than two million formal and informal jobs. It is also recognised as a key driver of other sectors of the economy, including banking, agriculture, education, health, security and communication. ICTs have revolutionized the provision of government services by enabling wananchi to access services irrespective of where they live. The sector remains a key source of government revenue, and has won international acclaim for innovation particularly in the area of mobile money.

‘Mobile money, which is to date the country’s leading payment platform, has played a significant role in deepening financial inclusion and promoting the ease of doing business in Kenya. According to the Authority’s 4th Quarter Statistics Report for 2016/17 financial year, the value of mobile money transactions was recorded at Kshs1.081 trillion. As the ICT sector regulator, the Authority is happy to be associated with these and other milestones in the sector,’ said the Director General.

In the last 17 years, the Authority has facilitated a competitive ICT market environment that has ensured access to quality and affordable ICT services by all Kenyans. We would like to encourage Kenyans to take advantage of the choice of services available in the vibrant ICT market without undue pressure from any quarter. We call upon leaders across the political spectrum to avoid making utterances that may dampen the investment climate in the country, hurt jobs in the local ICT sector and ultimately compromise the quality of life for the mwananchi.

‘In the same vein, we encourage ICT consumers to exercise their freedom of choice of services and service providers and create an enabling environment for further investment in the sector to spur the growth of our economy. The Authority, therefore, calls on Kenyans to restrain from vilifying businesses that have taken years of hard work to build. We encourage that any alleged election malpractices be reported to the relevant authorities,’ he concluded.