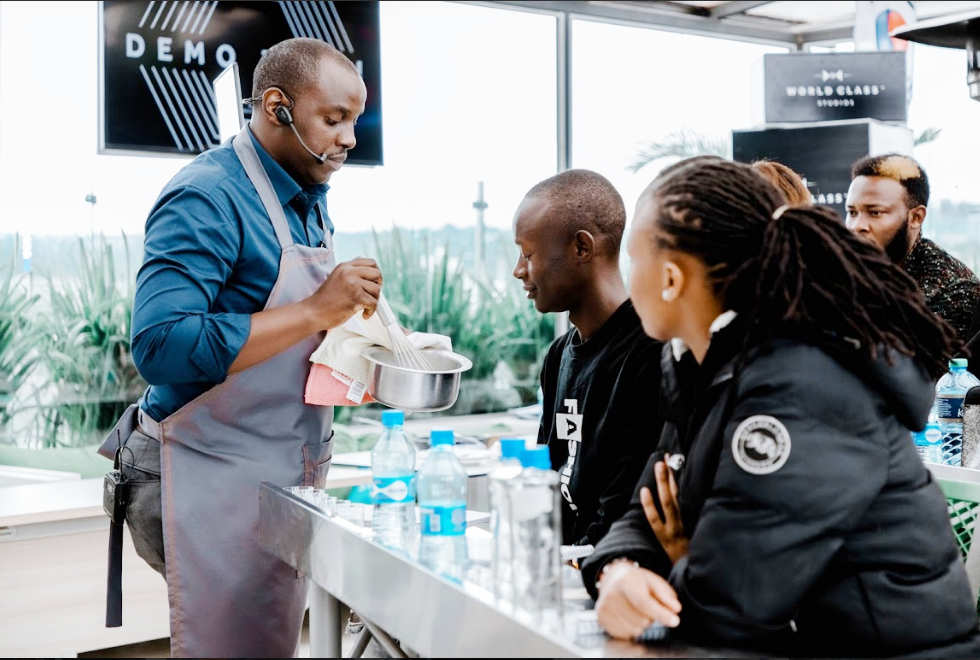 Diageo Reserve WORLD CLASS is now entering its tenth year globally and has been instrumental in transforming fine drinking and cocktail culture around the world. Since its launch in 2009, Diageo reserve- now in over 60 countries, has supported, educated and inspired over 250,000 bartenders, globally, through its training and advocacy program. Writes Francis Zyder.

The competition, which started in April, saw 40 of Kenya’s bartending elite go through a vigorous training programme to meet the growing demand for an enhanced customer experience. With the growing uptake of cocktail culture and appreciation of its artistry, Diageo sough to grow the market through capacity development of the bartending community.

“At Diageo, we are committed to creating a platform that will help transform the bartending skill into an art; and open-up career opportunities for upcoming bartenders in the market, “said Diageo East Africa Senior Brand Ambassador Douglas Duncanson.

According to the 2018 Global Cities report Nairobians are projected to have spent over Ksh. 87.4 Billion in restaurants and eat-outs in 2017 with the food and beverage accounting for 45% of the household spending.

First phase of the competition saw the 40 participants undergo training before facing off in the Knockout Signature Serve Challenge. The Signature Serve entails creating a cocktail that expresses the nature of a person or establishment creating it. It often incorporates local ingredients and culture. For most bars and restaurants, it often incorporates the style and theme of the of the establishment.

The purpose of the training programme is to ensure that bartenders, specifically those that are least advantaged, are afforded the opportunity to improve their skills and enhance them to match global standards. The move is informed by Kenya’s growing middle class and as popularity as a conference and sport destination.

The first World Class training took place between 23rd and 24th of April at Ibis Styles roof top, Westlands. At every stage of the competition, bartenders are expected to create cutting-edge cocktails, make great contacts, and face amazing new challenges.

The bartenders went through their second and final training session; known as the Heat of the Moment Challenge on 23rd of May. The Heat of the Moment module of the World Class Competition taps into advanced techniques from the kitchen to create food pairings and develop an innovative drinks menu.

The top six have been preparing for the finals that are set to take place on the 27th of June. They have included their signature serve and Heat of the Moment cocktails as part of their menu in their respective bars.

With all the bartenders competing for the title of World Class Bartender of the Year, each challenger will be armed with the world’s finest luxury spirits including Johnnie Walker, Cîroc, Ketel One Vodka, Tanqueray No. TEN, Zacapa, Bulleit, Don Julio, and a fine collection of single malts, ready to create what they hope is their stand-out cocktail.

“Diageo World Class is now entering its 4th year in Kenya and the standard we are seeing now is light years away from where we started. It has helped to grow the bartending community through enhancing consumer experience and redefining the art of making cocktails,” said Diageo East Africa Senior Brand Ambassador, Douglas Duncanson.