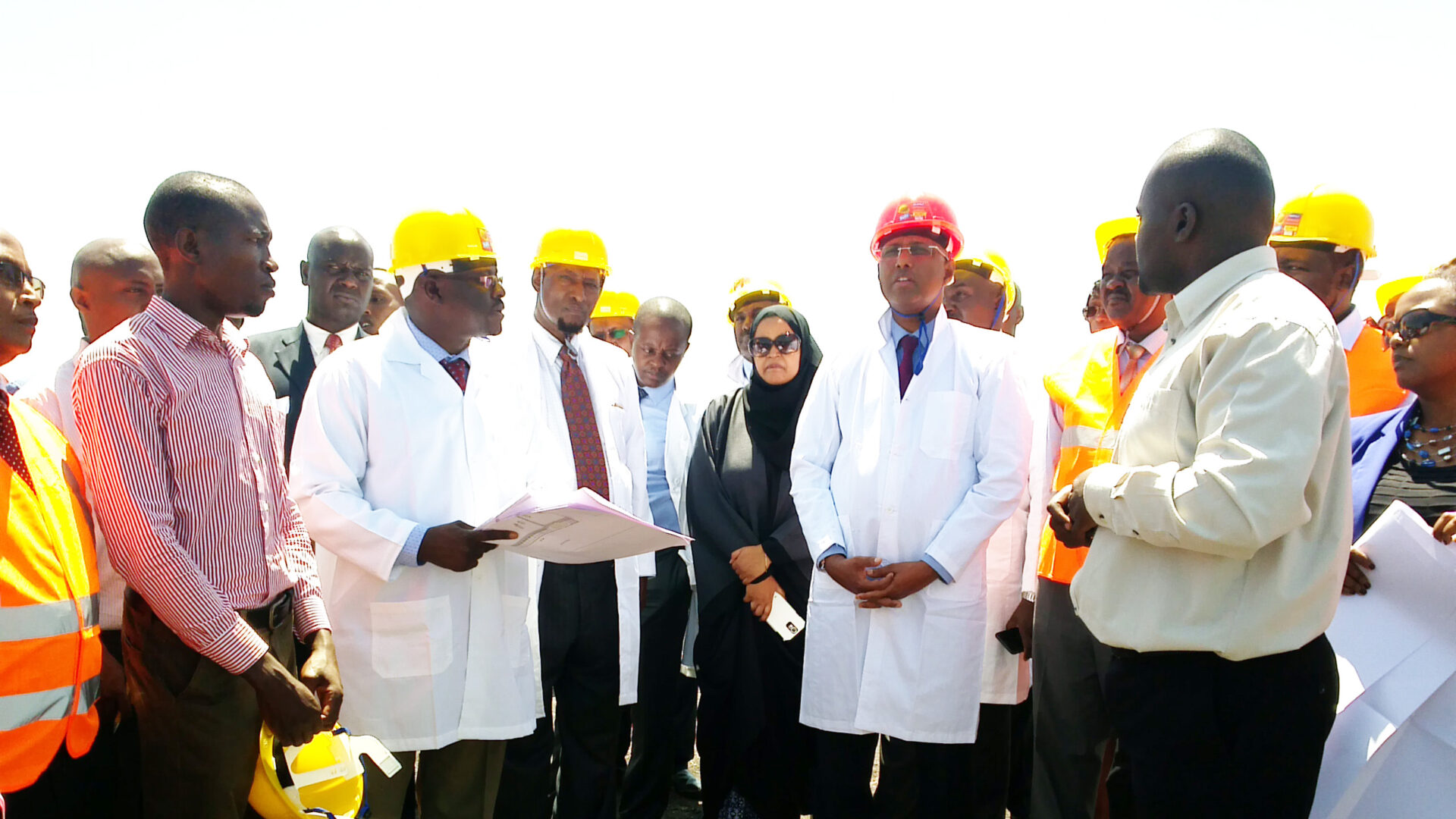 The EAC Secretariat in collaboration with UNIDO is implementing a programme on “Strengthening Capacities for Industrial Policy Formulation and Implementation in the East African Community” which was approved by the Sectoral Council on Trade, Industry, Finance and Investment during its meeting held on 22nd May, 2015.  Through the Programme, specific trainings have been delivered at both national and regional levels to create, among other things, capacity for industrial competitiveness analysis as envisaged in the EAC industrialization policy and Strategy. As a result, the programme has greatly contributed to enhancement of capacity for industrial policy, analysis, design, monitoring and evaluation at Partner States and the Secretariat levels. To ensure sustainability and full use of knowledge acquired in the trainings, the Secretariat in collaboration with UNIDO and a team of experts from Partner States took the initiative of preparing the EAC Industrial Competitiveness Report, 2017 (ICR-2017) writes Corporate Watch Magazine’s Fred Odhiambo.

The East African Community (EAC) in partnership with the United Nations Industrial Development Organization (UNIDO) and the Government of Korea has launched the EAC Industrial Competitiveness Report 2017 (ICR 2017) in Dar es Salaam, Tanzania.

Themed ‘Harnessing the EAC Market to Drive Industrial Competitiveness and Growth,’ the report assesses EAC’s industrial performance vis-à-vis other regions and role models in Asia and Africa and sheds light on strategic short- and long-term industrialization paths that the EAC should pursue.

ICR 2017 provides a compass to policy-makers, the private sector (in particular manufacturing firms and associations), and a wide range of stakeholders on the broader direction of the industrial development trajectory of the EAC and of the internal competitiveness dynamics among Partner States.

Speaking at the event, Uganda’s Minister of State for EAC Affairs, Hon. Julius Muganda, said that Industrialization in the context of the EAC region will depend on how the region strategically leverages itself to maximize on the opportunities created by the Common Market Protocol as a stimulus for demand, while simultaneously capitalising on other emerging markets for manufacturers.

“The realisation of a fully functioning Common Market and the deepening of regional integration through a monetary union are crucial for providing the much-needed impetus for industrialisation in the region,” said Hon. Muganda, who represented the Chairperson of the EAC Council of Ministers, Hon. Kirunda Kivejinja, Uganda’s Deputy Prime Minister and Minister for EAC Affairs.

Hon. Muganda further emphasized on the need for leaders and technocrats to think of a collective regional strategy to respond to unemployment including expanding the manufacturing sector capacity and promoting micro, small and medium enterprises (MSMEs) and youth entrepreneurs.

In his remarks, the Director of Trade at the EAC Secretariat, Mr. Alhaj Rashid Kibowa, contribution of the manufacturing sector remains at paltry 10 percent, adding that the sector has been on a decline in the recent past.

“It is against this background and in recognition of the existing challenges that the region embarked on the programme “Strengthening Capacities for Industrial Formulation and Implementation in the East African Community,” said Alhaj Kibowa.

Alhaj Kibowa noted that the implementation of the programme had enhanced the region’s capacity for industrial policy design, monitoring and evaluation, culminating into the development of the ICR 2017.

“Consistent with the EAC Industrialization Policy and Strategy, the ICR 2017 has enhanced the region’s capacity to: design, manage and implement an industrial policy and collect industrial statistics and data. Further to this, it has strengthened the institutional capacity of the EAC Secretariat, Governments of all EAC Partner States and key private sector stakeholders,” said Alhaj Kibowa.

Also present at the launch of the report was South Korean Ambassador to the United Republic of Tanzania, H.E. Geum-Young Song who reaffirmed his country’s commitment to continue supporting the EAC in realizing its goal of industrialization.

Dr. Stephen Kargbo, UNIDO representative to Tanzania, Mauritius and EAC speaking at the ICR 2017 launch expressed hope that the EAC would use the findings of the report to revitalize the industrial sector in East Africa.

“While we conclude successfully the implementation of the current regional project, we are also exploring with our main counterpart, the EAC Secretariat, options for a phase II that would ensure produced diagnostics translate into concrete industrial policy processes, instruments and action plans creating significant positive impact for the industrial development in the region,” said Dr. Kargbo.

He also assured stakeholders that whereas UNIDO will continue to play its role, supporting relevant institutions in capacity building activities for strengthening industrial policy making capacities, it was the responsibility of Partner States’ governments and other stakeholders to transform the initiative into meaningful strategies for the attainment of sustainable and inclusive economic development in EAC.

Closing the one-day event, the EAC Deputy Secretary General in charge of Planning and Infrastructure, Eng. Steven Mlote, said that East Africa was on the way to becoming a regional hub for manufacturing and a gateway to investment in Africa.

“To be successful in this venture, our industrial policies should seek to promote structural changes,” said Eng. Mlote.

Implementation of phase two of the project will switch from diagnostics to industrial policy processes and instruments. This means that the focus will be on the establishing a regional industrial intelligence and policy advisory support, enhancing capacity for competitiveness analysis of the Industrial sector, putting in place a regional competitiveness framework to facilitate benchmarking and establishing an e-Industrial information Resource Centre.