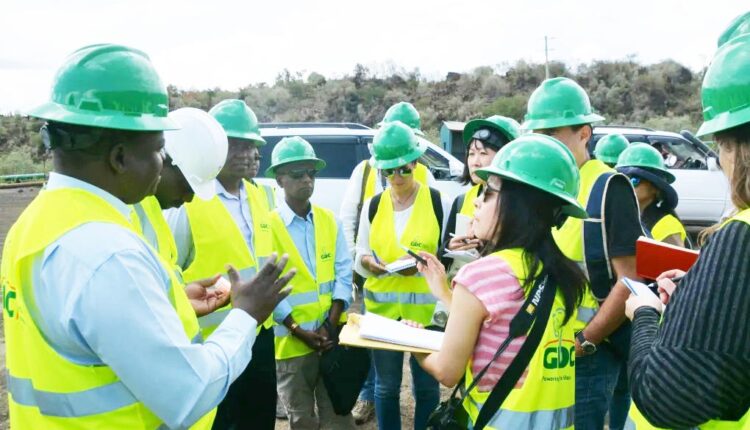 The IPP, alongside Sosian Menengai Geothermal Power and OrPower Twenty-Two Company had been selected in 2013 through competitive bidding to build, operate and own the first three power plants in Menengai, each generating 35 Megawatts to pump into the national grid a cumulative 105 MegaWatts.

Mr Scholey indicated that construction of the power plant is scheduled to kick off within a few months and is expected to be complete by September 2025.

The CEO stated, “as an active participant in the Kenyan energy sector for many years, the Menengai geothermal project is our first geothermal project. It fully aligns with our focus on quality investments which utilise renewable energy sources to create clean, reliable and cost-effective energy for the country and be an active part of the solution to the climate crisis.”

The announcement follows a recent commitment by the Kenyan and UK Governments at COP27 in Egypt to fast-track green investment projects worth Sh 500 billion in the country, including the Menengai project.

Currently an estimated 80 percent of Kenya’s electricity is from clean sources mainly geothermal and wind and has set the ambitious target of a 100 percent transition to clean energy by 2028.

Menengai Project is the second large-scale geothermal field being developed in Kenya after the Olkaria units in Naivasha Sub-County whose exploration is carried out by the Kenya Electricity Generating Company (KenGen).

Mr Scholey noted that the project, upon completion, will significantly boost Kenya’s efforts towards a 100 per cent transition to clean energy in a bid to provide cheap electricity in addition to protecting the environment from the pollution of the thermal power plants.

Kenya has been grappling with high power bills mainly because of the fuel cost charge— the money that Kenya Power collects from consumers on behalf of the thermal power generators.

The charge significantly rises when fuel prices go up and when the amount of oil consumed by the generators increases.

Increased use of electricity from fuel generators hits consumers with high power bills due to the high cost of fuel, underscoring why cutting reliance on thermal plants is key to lowering the cost of electricity.

The two parties further entered into a 14-year Sh1.8 billion operations and maintenance of systems agreement.

Menengai phase one is part of a 5,000-MegaWatt project by the government to produce affordable, reliable and green energy.

The state corporation has drilled steam wells with an output of 165 Mega Watts. This steam is more than enough for the first 105MW of electricity expected to be generated by the three IPPs.

According to GDC Managing Director and CEO Engineer Jared Othieno once the three IPPs are fully operational electricity generated from the multibillion-shilling Menengai Geothermal Project will cost at least Sh7 per kilowatt less than diesel or hydro power.

GDC has already constructed the steam gathering system while Kenya Electricity Transmission Company (Ketraco) has set up a 132 kilovolt (kV) substation that will transmit electricity from the three power plants.

Report Names Fintech as most vibrant sector in startup space