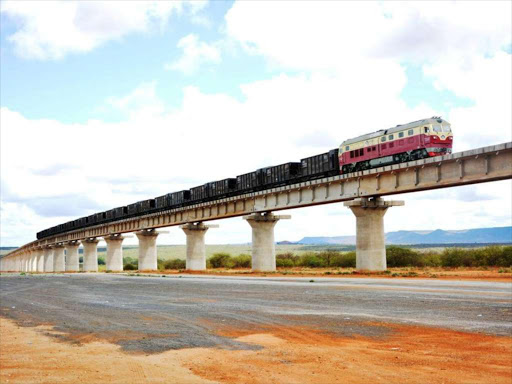 Kenya Railways is locally building 330 wagons as part of its expansion plan for the Standard Gauge Railway (SGR) cargo business.

This translates to about five trains, a boost to its operations which picked towards the end of the year, after a slowdown in the first half due to a drop in international trade in the wake of the Covid-19 pandemic.

It has also re-commissioned 518 wagons damaged during offloading.

“The wagons have been attended to and back to full operations enabling daily average supply to the port of above 400 wagons for loading per day,” managing director Philip Mainga said.

Of the 490 high sided wagons initially dedicated to conventional cargo, 282 have been converted to load containerized cargo adding to daily available fleet.

Work is in progress to complete conversion of 208 more for additional utility on containers loading export goods.

“So far we have done wagons for about two trains with the third one in progress. By next month, we will have all of them ready for operation,” Mainga said on telephone.

Kenya Railways plans to connect the SGR to the Metre Gauge Railway, which will see a smooth flow of cargo from Mombasa to the western part of the country, and the Kenyan-Uganda borders for transit goods.

Currently, the operator–Africa Star Railway Operation Company (Afristar) is running 11 cargo trains a day between the Port of Mombasa and the Inland Container Depot–Nairobi, with operations stretching to the Naivasha container depot.

South Sudan takes up 9.9 per cent while DR Congo, Tanzania and Rwanda account for 7.2 per cent, 3.2 per cent and 2.4 per cent respectively.

Construction of a metre gauge railway from Naivasha to Longonot, to be connected to the SGR is currently about 60 per cent complete, while rehabilitation works are also underway on the Nakuru-Kisumu stretch.

“By April or May, Kenya Railways will have connected the SGR from Mombasa all way to Malaba, where we will have a seamless operational train,” said Mainga.

The line is expected to increase agricultural exports such as tea and coffee. It will also serve factories in Rift Valley and western Kenya and the fish industry in Kisumu.

A link to the Kisumu Port is expected to support revival of Lake Victoria water transport, connecting Kenya to ports of Uganda and Tanzania, a major boost to regional trade.

Kenya Railways is also keen on growing cargo business along the Nairobi–Nanyuki line, currently operational with two to three cargo trains a week.

SGR cargo business recorded improvement in the third quarter into November and December with volumes expected to hit a new high this year.

This is up from 100,284 TEUs hauled on the rail, from the Port of Mombasa to the Nairobi and Naivasha Inland Container Depots, between April and June (second quarter), when the impact of the pandemic was heavily felt in the economy.

The volumes were 96,294 TEUs in quarter one (January-March) when global supply chain shrunk on effects of Covid-19, with Kenya reporting its first case within the period.

Since the launch of freight services, in January 2018, over 1.14 million TEUs have been moved on the SGR mainly to Nairobi, with a year-on-year increase of 10.8 per cent in volume.

Meanwhile, Madaraka Express, the passenger arm of the SGR operations, has transported over 4.86 million passengers since its launch in June 2017, with 1,311 days of safe operations.

Tatu City Partners with Konza to Attract Investors to Kenya