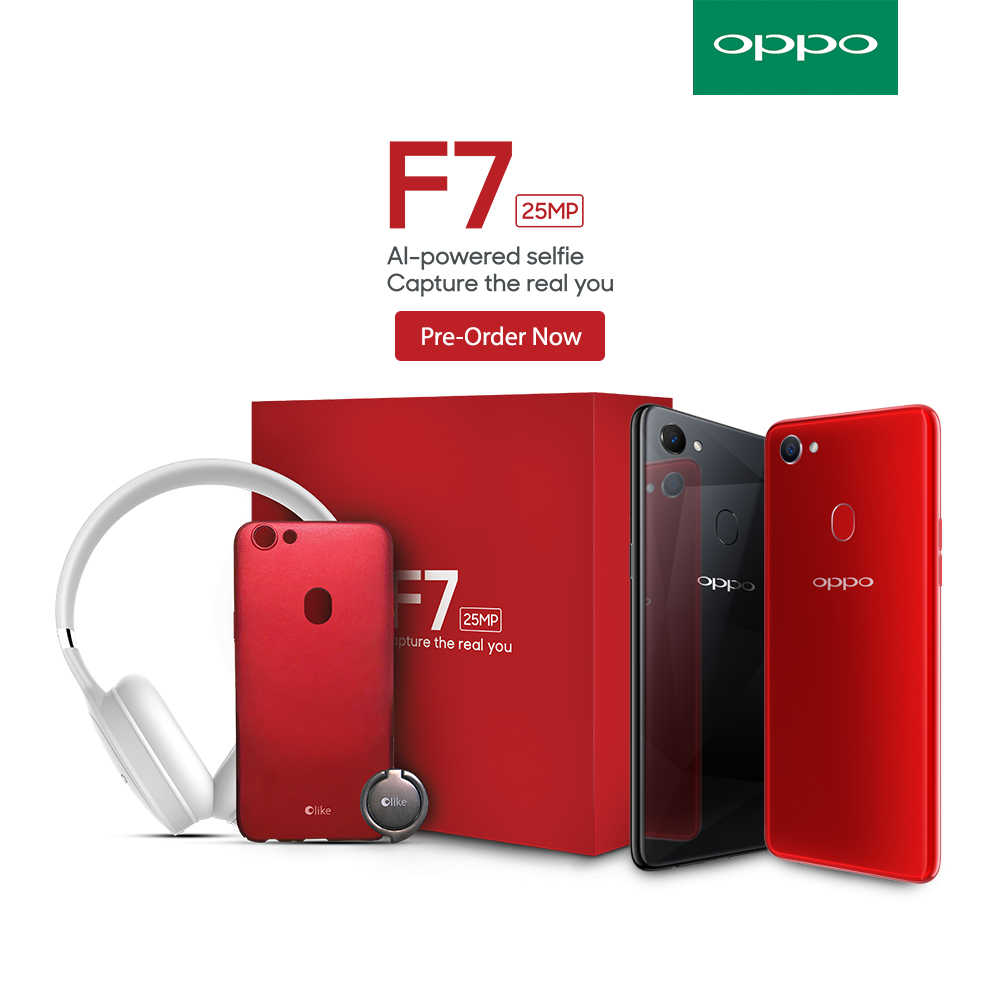 Selfie Expert and Leader, OPPO Mobile has launched the OPPO F7 that is powered by a 25MP Selfie Camera which is supported by Artificial Intelligence (A.I.), the second iteration technology.

With a Full HD plus 6.23 Inch, Super Full Screen design, which is one of the largest mobile manufactured screens in the market, will give the consumers a better interaction through enhance user interface.

“Our focus has always been on bringing the best photography, selfie experience and design to the Kenyan consumers. We have been leading the selfie industry with our Selfie Expert F-series for which we have received immense response, especially from the youths. With the launch of F7 here, we will further strengthen our stand as ‘The Selfie Expert and Leader’ and truly represent our ambition to continue being the leaders in this market,” said Mr. Jesse Wu, OPPO Kenya Brand Director.

The F7 plays with the color aesthetics design launched in solar Red and diamond Black having a rare notch with an improved 2280 x 1080 resolution. With 19:9 aspect ratio and 88% screen to body ratio, this gives a much more colorful, vivid and immersive visual experience which has been a preference by the youths in the country at large

According to Google’s Consumer Barometer, in Kenya, 69% of smartphone users access their mobiles to take photos or videos. F7 caters to this local demand with its state-of-the-art 25MP front camera.

At the back, the phone features a 16MP camera with f/1.8 aperture which is paired with a new camera algorithm that can recognize different scenes and change settings accordingly.

Additionally, the device has been infused with 4GB RAM, 64 GB ROM and 3400 mAh power cell with an enhanced OPPO`s own Color OS 5.0.

The device is officially on sale on all online and offline stores in Solar Red, and Diamond Black.

Meanwhile, OPPO has also announced plans to enter European markets later this year as part of its global strategic plan.