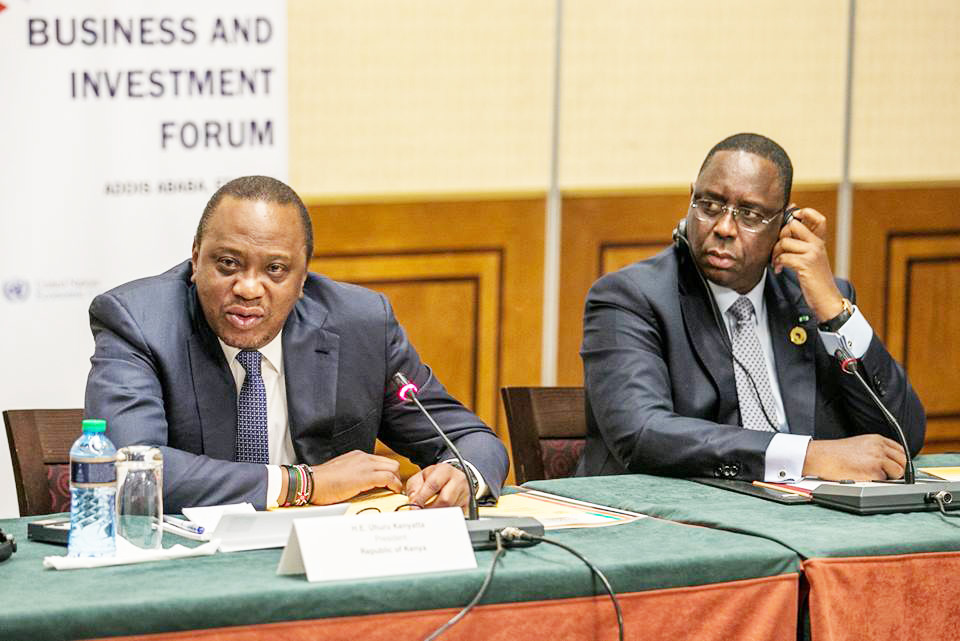 President Uhuru Kenyatta has encouraged the private sector to partner with African Governments towards delivery of universal energy access.

The President said Africa has a huge potential for green energy generation and transmission that the private sector should take advantage of for good returns while at the same time boosting people’s access to energy.

“Africa has huge potential for renewable power generation that the private sector should invest in,” the President said as he rooted for reduced Government investment in areas that are best suited for the private sector.

President Kenyatta was speaking in Addis Ababa during a roundtable meeting as he wrapped up his official visit to Ethiopia that saw him attend the 30th Ordinary Session of the African Union Assembly.

The President assured investors – both local and foreign – that Africa has a new crop of leaders that are keen to take their countries forward and there was adequate protection for private investment.

For instance, President Kenyatta said, the Kenya Government instituted a wide range of reforms in the last five years that have made it possible for the private sector to participate in energy provision.

The President said the private sector should be given space to engage in projects like generation and transmission of power while governments concentrate on projects that are socially necessary to transform lives but which may not necessarily be economically viable.

He cited the Last Mile Connectivity project that his administration leveraged immediately it came to office to ensure more Kenyans were connected to electricity as an example of a project that was socially necessary.

“As a result of that focus, we were able to increase access to electricity for Kenyans from 28 per cent to over 60 per cent within a period of four years,” President Kenyatta said.

The President emphasized that African countries, including Kenya, welcomed partners who see the continent’s vision for growth and are willing to work with them to turn challenges into opportunities.

“We seek partners who are not looking at Africa as a continent looking for help but one to partner with on a win-win basis to drive growth and transformation,” the President said.

President Kenyatta said investors should stop looking at Africa from a negative perspective but focus on the available opportunities.

“You seriously need to begin looking into how you can benefit from the initiatives that the new crop of African leaders are putting in place,” President Kenyatta told investors.

The meeting was also addressed by Senegal’s President Macky Sall who underscored the need for an energy mix strategy that would deliver low cost renewable energy without over exploiting of available resources.

“Focus should be on funding projects that will reduce the cost of energy and make it more accessible to our people,” President Sall said.

Kenya is ranked the second best country in Africa as a destination for renewable energy investment behind South Africa.