SACCOS regulated by the Sacco Societies Regulatory Authority (SASRA) will be able to access between Sh10 to 100 million.

Savings and Credit Co-operative Societies (SACCOS) in the country are looking to tap into the opportunities availed by the nascent Hustler Fund, having been identified as a key vehicle to disburse loans from the Sh50B kitty to Kenyans.

Inaugurated by President William Ruto, the Hustler Fund is set to launch phase two of the Program in February which will position SACCOS as pivotal players in the initiative.

SACCOS regulated by the Sacco Societies Regulatory Authority (SASRA) will be able to access between Sh10 to 100 million.

The CS highlighted that SACCOS play a critical role in inculcating and mobilizing a savings culture among the large swathes of Kenyan populace in an effort to accelerate financial inclusion and empowerment pertinently for millions of Kenyans who are locked out of the mainstream financial sector.

“The most important emergent economic policy intervention for the new administration is the financial inclusion fund, which is the ‘Hustler Fund,’ targeted towards financial empowerment at lower levels to accelerate growth by creating access to credit facilities.” Chelugui expounded.

He added that President Ruto’s intention is to enable Kenyans at the bottom of the pyramid access affordable and timely credit facilities since most of them have been previously excluded due to lack of collateral to secure loans from mainstream financial institutions.

By the same token, he emphasized that SACCOS will be fully involved in the Micro and SME lending, highlighting that the fund will support products such as personal loans, micro loans, SME loans and Start up loans. Moreover, applicants for personal loans will access credit through a digital platform and amount on offer will range between Sh 500 to 50,000.

“We want to make sure every Kenyan is empowered to do business and thwart predatory lending that has seen many Kenyans getting blacklisted. Its the beginning of a journey towards a single interest rate regime, which has for long been very high,” President Ruto said during the launch of the flagship programme in the last quarter of 2022.

“The difference of this fund will be how we lend and that is through credit scoring, shifting from the collateral mode of lending. The former is an integral tool to assess the suitability and eligibility of access to the fund. We shall have service level agreement with SACCOS and banks who qualify for this facility, to ensure seamless delivery and achievement of the intended goal, by an intermediary through a criteria being developed.” Chelugui said.

Co-operatives are playing a vital role in transforming the lives of many Kenyans, both in the country and in the diaspora. This has led to the rapid growth of the movement which has catapulted it at the helm in Africa and at the 7th position globally.

SACCOS make up about 45% of Kenya’s Gross Domestic Program (GDP). The sector employs more than 500,000 people whilst necessitating self-employment especially through lending.

To reiterate, the Ministry of Co-operative Development estimates that 80% of Kenya’s population derives their income either directly or indirectly through Co-operative activities.

To boot, SACCOs across the country are turning home ownership dreams into a reality by offering affordable mortgages in partnership with the State backed Kenya Mortgage Refinance Company (KMRC).

In the long term pursuit of Vision 2030, Co-operatives were identified as key partners, with flagship projects and Medium-Term Plans already underway.

Furthermore, they are key vehicles in the ultimate realization and achievement, of Africa’s Agenda 2063 and the United Nations Sustainable Development Goals (SDGs).

According to the 2021 annual supervision report by SASRA, Kenya has a total of 176 DT (deposit taking) SACCOS. In the same breath, the country also has 185-NWDT-SACCOS undertaking specified non-deposit taking business.

The current SACCO membership in the country stands at 5.99 million members, a marginal increase by 3.03 percent from the 5.82 million of the previous year.

Therefore, the 185-NWDT-SACCOS share of the total assets was a paltry 14.37%, cementing the dominance of DT-SACCOS as the main movers of the subsector.

The 176-DT-SACCOS had the largest proportion of the total deposits’ portfolio, amounting to Sh 474.25 billion and representing 83.95% of the subsectors’ total deposits.

Simultaneously, the 185-NWDT-SACCOS share of the gross loans amounted to Sh 86.50 billion representing 14.21%.

Albeit lucrative and mushrooming by the day, Kenya’s Co-operative movement has been facing existential challenges.

Key among them has been dormancy and high rates of loan defaulting. According to the 2021 SASRA supervision report, there were 1.18 million dormant members. This was largely attributed to the turbulent economic climate in the country.

In addition, non-remitted deductions to SACCOS by employers has for long been a quagmire that has been increasingly retrogressing the sector.

CS Chelugui recently sounded a warning to culprits noting that more than Sh 2.3 billion had not yet been submitted to SACCOS, despite deductions having been made from employees’ pay cheques.

“I want a summary from SASRA on the list and give the Ministry one year to see how far we can go to tame this problem, even if it means going to the source, we shall do it.” he warned. Besides, he vowed to work with the Central Bank, County Governments and the National Treasury to ensure that SACCOS do not collapse due to non-remittances, adding that the government will back any action to restore sanity in the sector.

Another major roadblock has been cybercrime. The 2022 financial sector stability report prepared by the Central Bank of Kenya (CBK), and the Sacco Societies Regulatory Authority (SASRA), revealed the gravity of this quandary.

The funds were siphoned largely through software vendors, engaged by the SACCOS to provide technology solutions, exploiting weaknesses well known to them, unbeknownst to the many institutions that fell prey.

An earlier report by Serianu, a leading cybersecurity consulting firm, revealed that 21 percent of SACCOS never carry out cybersecurity audits while 48 percent do so once a year, therefore rendering them unaware of weaknesses in their network.

In addition, some 22% of SACCOS do not conduct any due diligence on vendors before engaging them, with 58% only running background checks on major vendors.

By the same token, blame was also ascribed to weak IT infrastructure that has made SACCOS vulnerable to such attacks; with most of them spending larger proportions of their limited IT budgets, on acquiring and rolling out the technological infrastructure, but leaving little to secure and maintain their networks.

In response to the deficit, the Chartered Institute for Securities and Investments (CISI), launched a new cybersecurity course, dubbed ‘Corporate Cyber Security,’ for SACCOS and other financial institutions.

The report recommends that all SACCOS must constantly review and enhance their cyber security strategies, undertaking indemnity covers to safeguard against attacks. To boot, they should invest in strong security systems, to boost their chances of joining the national payment system. 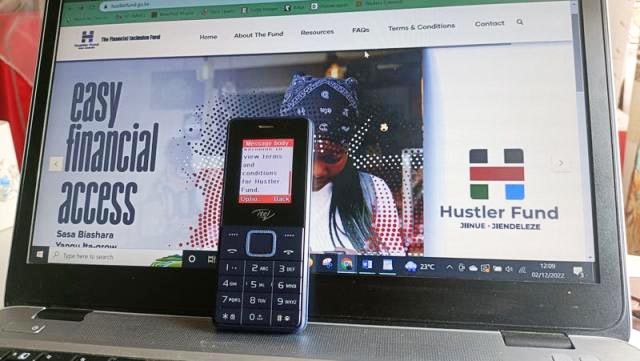 Road Ahead for SACCOS in Kenya

Over and above,CS Chelugui promised that among the policy initiatives he will be implementing in the coming months is the Central Liquidity Facility CLF) and the Deposit Guarantee Fund (DGF).

The latter is an inter-SACCO market lending strategy whilst the former is a deposit protection scheme expected to revolutionize the sector, by insulating members deposits from unpredicted perils. This is well aligned to Section 55 of the Sacco Societies Act.

In addition, CAK Chairman Macloud Malonza, highlighted some of the key areas that as a movement, will require priority and support from the government, including the enactment of Cooperatives Societies’ bill into an Act by parliament.

Others include the re-organization of the cooperative movement into federations, to support growth in production, value addition and diversification of economic activities.

“We want to position cooperatives to play a key role in promoting environmental sustainability, through adoption of climate friendly production initiatives, financing and adoption of green energy “he added.