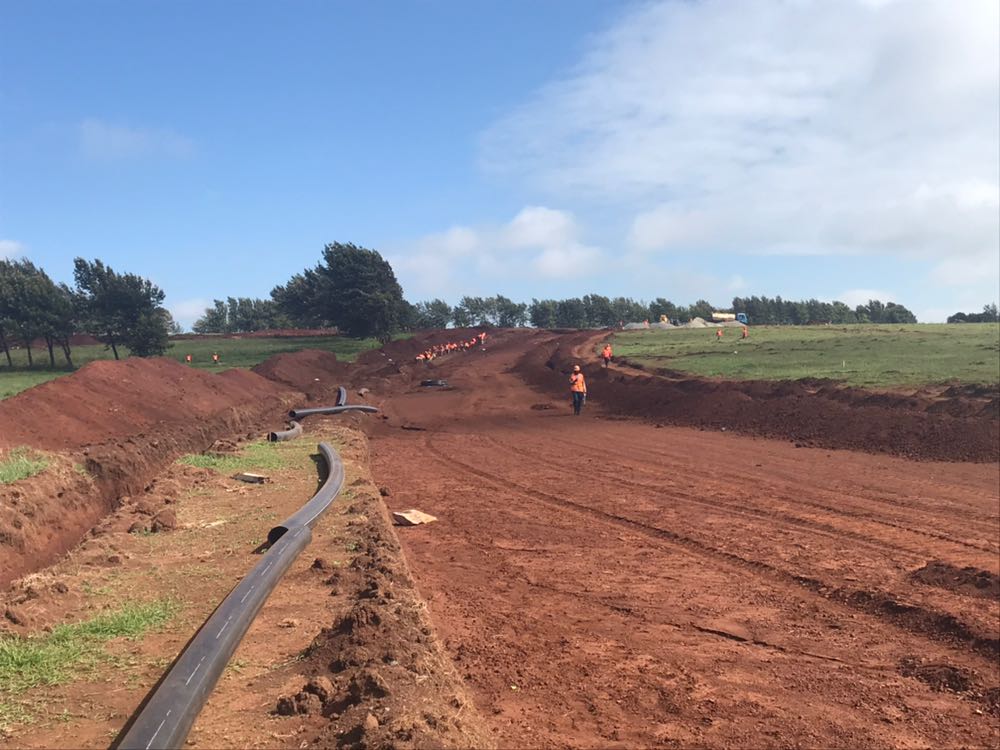 Tilisi Developments Limited has announced the investment of Sh64m of the Sh700m infrastructure spend for its new town in Limuru on flood-protection for its Phase 1 logistics park – across open drains, cutoff drains, and lagoons – in a policy move to completely safeguard its 400-acre new town from the flooding that continues to plague much of the rest of Nairobi.

Rainy season flooding in and around Nairobi remains a severe issue. Recently, hundreds of motorists and travelers were stranded overnight on the Mombasa highway following a traffic jam that lasted more than 20 hours during heavy downpours and floods. In November last year, the situation was the same, with more than 1800 trucks stuck in a traffic jam that lasted 24 hours.

Last month, students at the Embakasi girls were forced to swim to and from their classes after floods submerged parts of the school’s classes, stores and offices. While Nairobi City County government rented a pothole-repairing machine in December to repair Muindi Mbingu, Koinange, Wabera and Tom Mboya streets and Hailie Selassie and Moi Avenue, parts of which had been rendered unpassable on flood damage. The County government has now proposed a Sh100m investment in two machines of its own to keep up with the damage.

In April 2016, similarly, flash floods in Nairobi lasted for nearly 3 hours and left residents stranded, as the waters rose up to 1 metre deep in some streets, uprooted trees and damaged buildings and vehicles.

As a new-build, Tilisi, which is located just 25 kms from Westlands along Waiyaki Way, has therefore made flood-protection and drainage a priority, in order to provide an all-year congestion free zone.

“Flooding is just a peril that we have to build to eradicate,” said Ranee Nanji, the co-CEO of Tilisi Developments.

“Our site is located on a sloping landscape, which presents minimal risks for floods, but we have, nonetheless, invested in digging two open-air lagoons, just in our first phase, filled via a comprehensive open drain system that captures excess water in the rainy season,” said Zablon Okumu, Tilisi developments project manager.

“Each lagoon has been excavated independently allowing water flow in from separate drains. These lagoons are four and six-meter deep, the smaller one carrying a capacity of 3300cm3 and the larger one 40140cm3 respectively,” said Mr. Okumu

Each plot has a minor cut-off drain, connecting to a central drainage system built on the new town’s arterial roads. The drains are being built of precast concrete, which is more durable than plastic pipes that are susceptible to breakage. The drains are 1.5 meter deep to hold more runoff water.

The open drains are then linked to the lagoons by underground culverts.

“The water collected in the lagoons will be left to dry on its own for now, but, in future when the site is fully occupied and a lot of water is required in the development, we will have it recycled for general uses, especially for landscape irrigation, industrial processes, toilet flushing and car-washing services,” said Mr. Okumu

The lagoons have been built to require low levels of maintenance, while all of the new town’s roads are being built with an open drainage reserve on both sides that will be lined with concrete to serve as storm water run-offs. The road drains are supported with side slabs that collect the water from the road and lead it onward to outlet drains on the roadside. While, for the areas on the site located at some distance from the arterial roads, cut-off drains are being installed to intercept and earlier water build-ups.

Tilisi is further landscaping the new town, planting some 1400 trees in its Phase one logistics park, as well as grasses and shrubs to provide natural soil erosion control.

“We are committed to solving the warehousing woes that many Kenyan developers and industries experience, and flooding is simply a risk we have removed from the get-go, in or commitment to supporting the growth of logistics business in Kenya and the region across all sectors.

“We want our customers to be able to concentrate on building their facilities and on production, rather than worrying about infrastructure or disruptions that we can prevent from the outset,” said Kavit Shah Co-CEO of Tilisi Developments Ltd.

Safaricom Sacco striving to be the financial services partner of choice