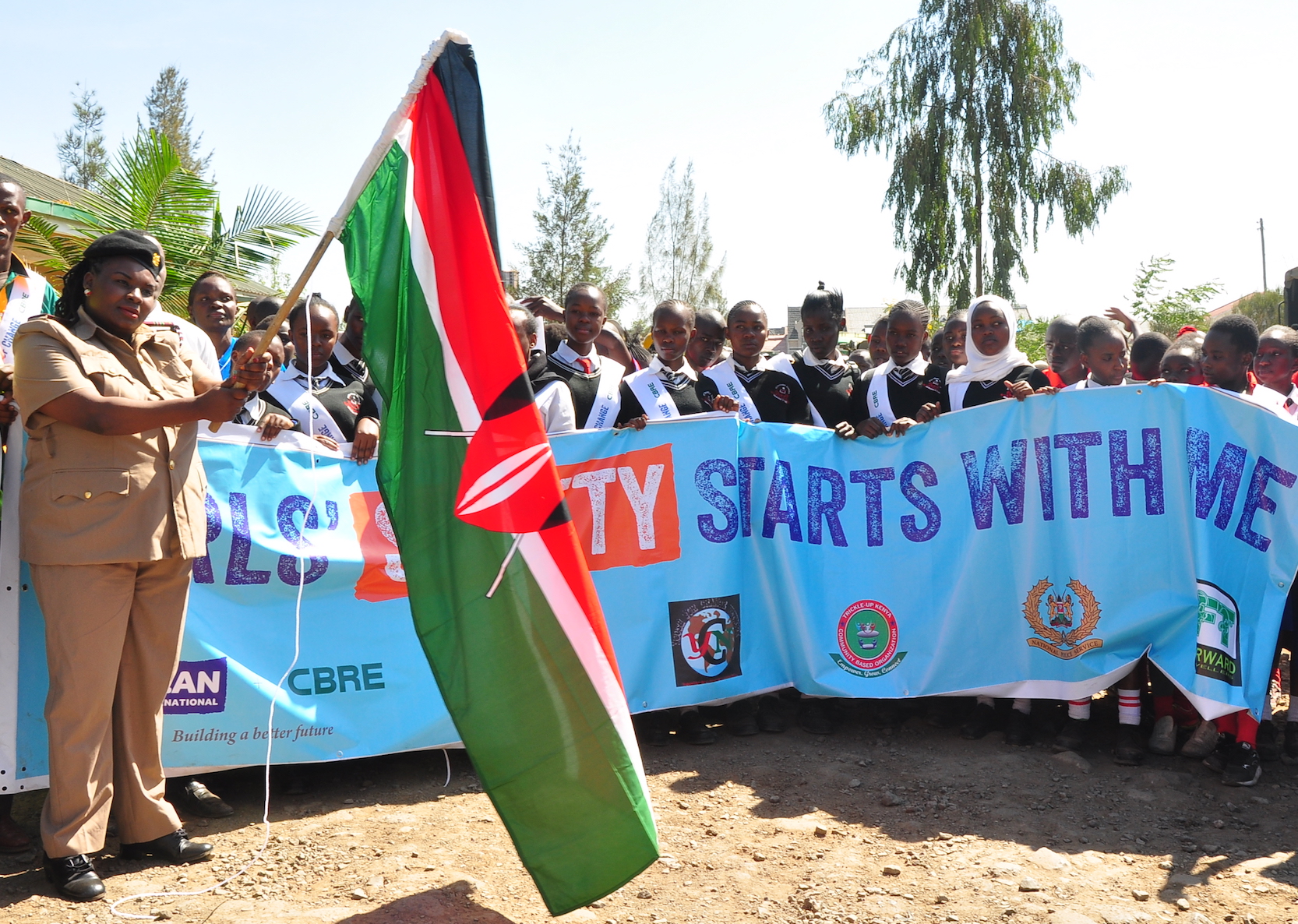 The initiative, that vouches for better public spaces for girls, their contribution and participation in urban governance and involvement in development and planning of safe sustainable cities also aims to empower the boy child to promote positive masculinity among adolescents and the youth between ages 10 and 24.

With this project, Plan International is partnering with communities, institutions and government by offering capacity building through training and mentorship on girls’ rights and safety in the city. The project also aims to hold campaigns in a bid to influence implementation of programs that affect safety for girls to increase autonomous and safe mobility in the city for adolescents.

By actively connecting committed people with powerful ideas, Plan international works with women and girls who are often left behind. The skills and confidence gained by the young beneficiaries help them claim their rights, free themselves from poverty and live positive fulfilling lives.

Held in Embakasi Central constituency, the event kicked off at 9.30am with a flag off ceremony officiated by Mrs. Joyce Makewa – DCC, now defunct DO in charge of Embakasi sub county. The flag off was followed by a 6-kilometer sensitization walk in a Road Show fashion involving pupils and students who are direct beneficiaries of the initiative, Plan International staff, Police, Boda Boda and Matatu operators from the area as well as local youth leaders.

Speaking at the Champion of change Graduates ceremony staged at the Calvary Grounds, Kayole central Ward, area MCA – Hon. Jeremiah Karani Muthendu praised the initiative, terming it a major breakthrough for the girl child, adolescents and the youth who are vulnerable to Gender Based Violence, especially sexual abuse.

“As local leaders, we must empower our children who are the leaders of tomorrow, we therefore stand with Plan international and other partners as we hope to deliver our children’s dreams and offer a safe environment for our children,”

The student beneficiaries go through a six-month mentorship and training that culminate into a graduation under the champions for change banner.

Speaking on behalf of the Kayole OCPD who was unable to grace the occasion, Chief Inspector Andrew Swa called upon the general public to collaborate and work closely with the police to fight gender-based violence.

“I am happy that the community is embracing this initiative, we must now come together as a community; work with the police to ensure our children are secure. Security begins with you and me, take time as parents to know your children and listen to their concerns, this way, you will know what measures to take to ensure your child is safe,”

He added that the police department that deals with Gender and Children affairs has very well trained officers and is ready to deal with gender based reported cases.

‘We want to reiterate and urge you all to report incidences to the police as we strive to build a better community,’

On her part, Madam Joyce Makewa echoed the importance of community policing while thanking and pledging to work with Plan International in the ‘Safer Cities for Girls’ initiative.

‘My office is ready to work with Plan International, other partners as well as the community here to ensure our girls excel in life. We must not fear, its time to speak up and build confidence in our girls who are future leaders,’

Embakasi Central Member of Parliament Benjamin Gathiru who issued certificates to the ‘Champions of Change graduates’ was elated by the noble projects carried out by Plan International in empowering underprivileged young women and girls. He however called upon the organization and other well- wishers to support the young girls and youth in general in the constituency.

“We look forward to ensuring our public places are secure through installation of security lights across all streets in a bid to reduce the sexual assaults and other criminal activities,”

Plan International Program Manager Purity Mbugua said involving the public transport sector in the ‘Safer Cities for Girls’ project will increase public participation in reporting cases of sexual harassment on school girls using public transport or walking on their own.