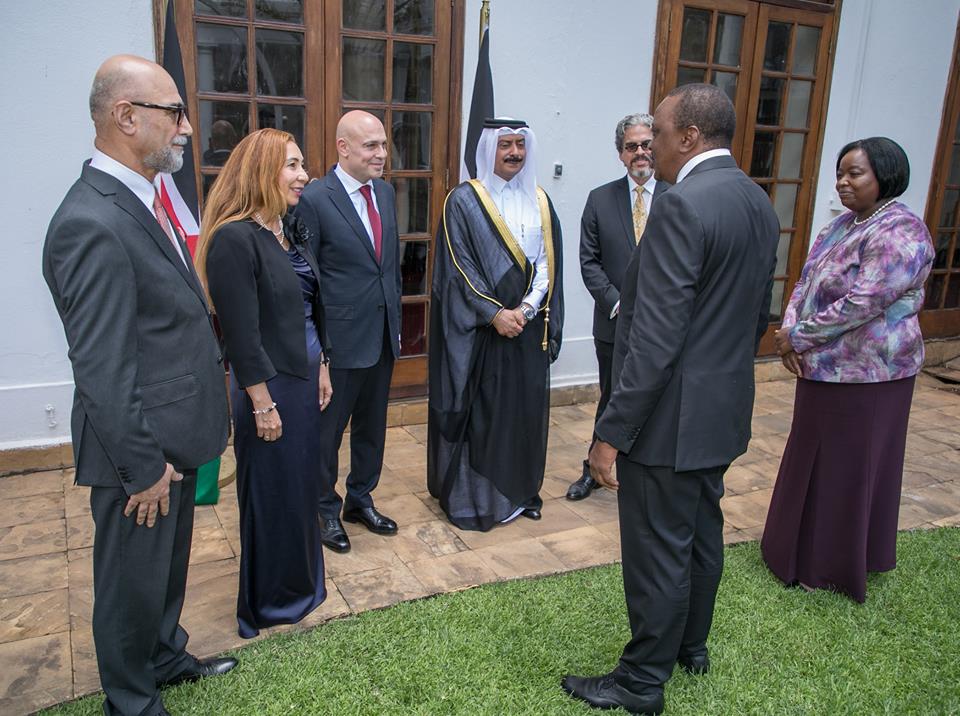 Brazil is looking to step up its partnership with Kenya in cotton production as well as promote trade and economic cooperation between the two countries through business missions.

Brazil is keen on boosting its cooperation to enhance Kenya’s capacity in cotton production under an initiative that also includes Tanzania and Burundi, Ambassador Fernando Coimbra has said.

Amb. Coimbra was among five new ambassadors who presented credentials to President Uhuru Kenyatta at State House, Nairobi, at the start of their mission in Kenya.

“I will endeavour to expand this portfolio of technical cooperation between our countries. I will also work tirelessly to promote mutual awareness through cultural exchanges and enhance participation of Kenyans in the Brazilian exchange programmes for undergraduate and graduate students,” the incoming Brazilian Ambassador to Kenya said.

In October 2016, the three East African countries of Kenya, Tanzania and Burundi signed an agreement with Brazil on the Cotton Victoria Project – a regional initiative to strengthen the cotton sector in the Lake Victoria basin. The project will run for four years at a cost of $ 13 million.

President Kenyatta applauded the existing cooperation between Kenya and Brazil, especially the partnership in cotton production and promotion of trade. He expressed optimism that the incoming Brazilian ambassador will succeed in taking the bilateral ties between the two countries to a higher level.

“Brazil has been a close development partner to Kenya in a wide range of areas and I look forward to move our partnership to a new level during your tour of duty,” President Kenyatta told the Brazilian Ambassador.

The five envoys separately assured President Kenyatta of their commitment to work with the Kenya Government for the benefit of the people of Kenya and their respective countries.

Amb. Ruiz – who is the first Costa Rica’s ambassador to Kenya – said she will strive to buttress the existing bilateral relations, adding that Kenya was at the centre of Africa’s transformation and that was why she was posted to ensure her country participated in the positive development.

President Kenyatta welcomed the ambassadors to Kenya, saying he expected to work with them to strengthen bilateral ties between Kenya and their respective countries.

“Welcome to Kenya. You can count on my full support in bolstering the existing mutual beneficial ties between our countries,” President Kenyatta told the ambassadors.

Earlier at State House, Nairobi, President Kenyatta met High Commissioner Daniel Antonio of Mozambique and Ambassador Virgilio Marques De Faria of Angola who are departing after completing their tour of duty in the country.

French firms to invest over $10b in Kenya