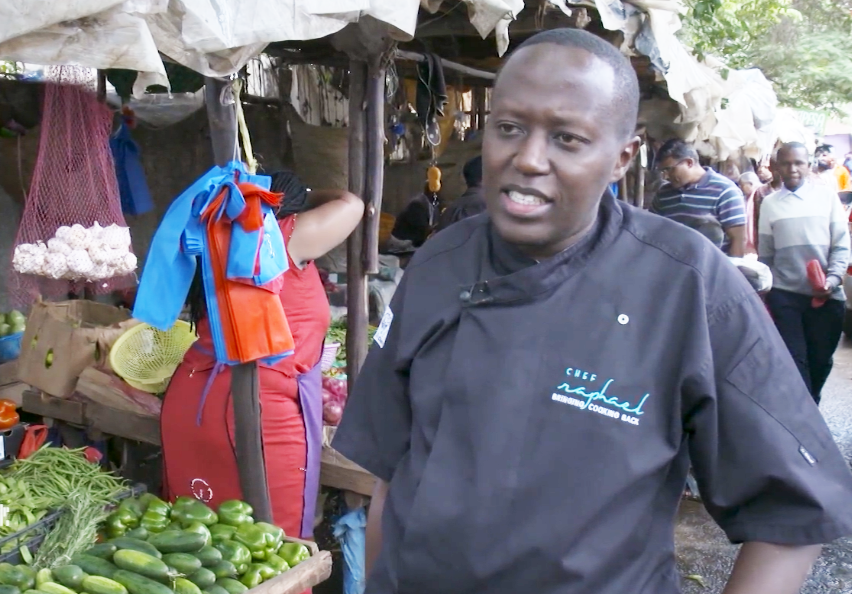 The transformative impact of social media continues to be felt as corporates, governments and personalities court technology to communicate and grow businesses. Kenya has been a trailblazer with the hospitality industry being one of the biggest beneficiaries.

Chef Raphael, a Kenyan celebrity chef, has been using social media to share his joy of cooking with the rest of the world.

The Kenyan had his first taste of the food industry when he began working in his father’s restaurant after finishing high school. Raphael explained how he turned his passion into a career:

“I took up the profession, went to culinary school and zeroed in on being a chef. After I finished college I went to Orlando, Disney, in the US and worked in a restaurant. Immediately after that, I went to the UK and worked in a five-star hotel and the next year, I got a job on a cruise ship and travelled the world,” he told CNN’s African Voices programme.

After gaining experience, he returned to Kenya and chose to shift from working in restaurants to teaching cooking classes.

The programme followed Raphael to one of his cooking classes, where he outlines why he decided to start teaching: “I felt restrained when I worked in a restaurant. It’s a routine, it’s boring… I’m not good at doing the same thing over and over again. Teaching has helped me to have the free will to do whatever I want in terms of creating a menu, creating recipes and cooking different meals – which I would never get to do if I was working in a restaurant.”

Chef Raphael uses social media to share his cooking know-how with his followers. He explained to the programme why he enjoys using this medium: “I’m all about encouraging people to cook their own meals and take control of their cooking. I simplify the cooking process, show you how we do it in the restaurants and show that it’s something you can actually do at home… The impact I want for my Africa, is to be the guy who encourages people to love their cooking, the guy who brings families together.”

Raphael describes what he’s learnt from creating an online community of home cooks: “Having worked literally all over the world, in many different kitchens, the fact is, no matter where you are, an onion is the same, beef is the same, tomatoes are the same, the ingredients are all the same. What is different is how they come together to create one dish. So, food brings us together.”

He tells the programme his ambition for the future: “I want to be the African Jamie Oliver. But I’m not all about being a celebrity, it’s about making an impact, a positive impact in somebody’s life.”

Raphael offers some advice for any aspirational chefs who want to follow in his footsteps: “Don’t take a career because you think you’ll earn a lot of money, take it because of the love of the job. Be a sponge, learn from anyone you’re working with and your seniors, because they’ve been there longer than you, in terms of experience. Always keep learning and do it for the right reason – because you love it.”